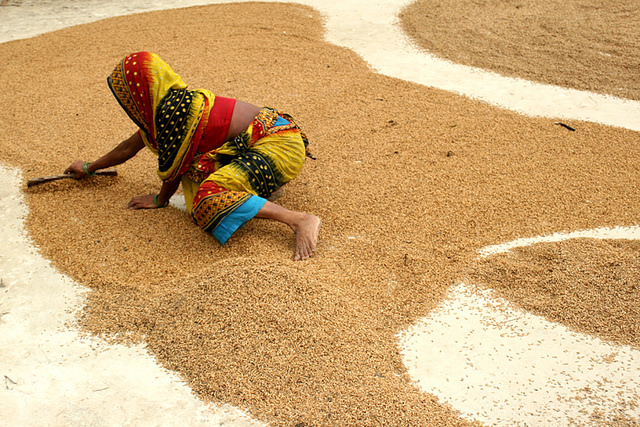 One-third of the world’s population lives in water-stressed areas, and this figure may climb to two-thirds within 25 years. In the drought-prone Indian states of Orissa, Jharkhand and West Bengal, researchers are testing the impact of growing a drought-tolerant, short-duration rice variety on yields and farmer behavior.

One-third of the world’s population lives in water-stressed areas, and this figure may climb to two-thirds within 25 years. In Asia, 20 percent of the total area under rice cultivation is prone to drought, and climate change is expected to exacerbate the situation. In the eastern Indian states of Jharkhand, Orissa, and Chhattisgarh, severe drought occurs approximately every five years and can result in a 40 percent loss in total rice production.

Rice experts expect that future growth in yield will come primarily from stress-tolerant varieties such as the Sahbhagi Dhan (SD) seeds designed to withstand up to two weeks of drought exposure. In addition, SD rice is an early maturing crop, which allows farmers to plant an additional crop each year. Tests show that in drought years, SD rice provides a significant yield advantage over traditional varieties but in non-drought years, yields are slightly lower compared to long-duration varieties. Since the seeds were released in northern and eastern India in 2010, knowledge of SD rice has quickly diffused and adoption rates have rapidly increased. This evaluation seeks to understand the welfare effects of adopting SD rice in a drought-prone environment, specifically the impact on yield and livelihood.

This study takes places in the Indian states of Orissa and West Bengal, where rice is an important staple crop and risk of drought is high. It builds on the researchers’ existing partnership with the International Rice Research Institute (IRRI), which works to develop new rice varieties as part of the Stress-Tolerant Rice for Africa and South Asia (STRASA) project. By focusing on two geographically separated states, the research design increases the likelihood that a portion of the study villages will experience drought during the project period.

Researchers are examining the impact of growing SD rice on yields and farmer behavior. Five randomly selected farmers in each of 384 randomly selected villages in Orissa and West Bengal will receive mini kits of SD seeds. The seed distribution will be phased in over three years, so distribution will begin in 128 additional villages each year. Another 128 randomly selected villages will not receive any intervention and will serve as a comparison group. In each village, researchers will also survey five farmers who do not receive seeds. This research design closely aligns with the standard process the Indian government and IRRI use to promote new seed varieties.

Researchers will survey villages each year, beginning one year after initial distribution and continuing until 2015, which will result in a three-year panel survey of 5,120 farmers. The surveys will collect data on the outcomes including crop yields, farming practices, household characteristics, attitudes toward risk and uncertainty, and diffusion of seeds to others. 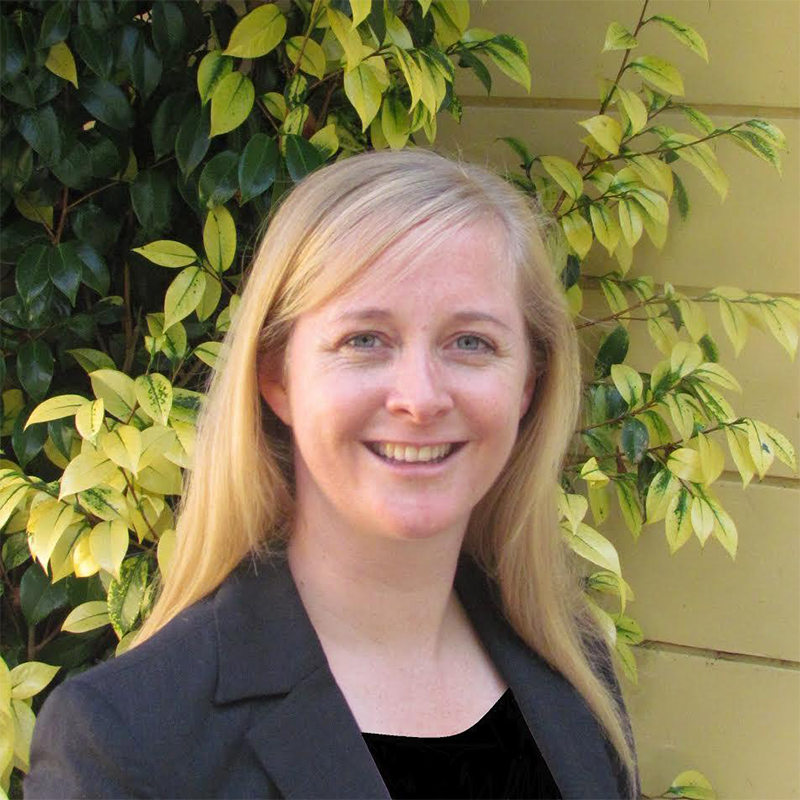 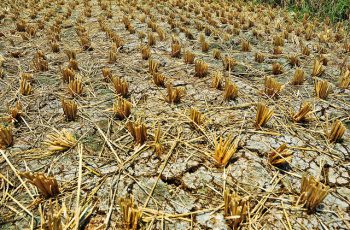 The Impacts of Drought Tolerance on Local Labor Markets in India