Evaluating an Agricultural Mobile Marketplace at Scale in Uganda 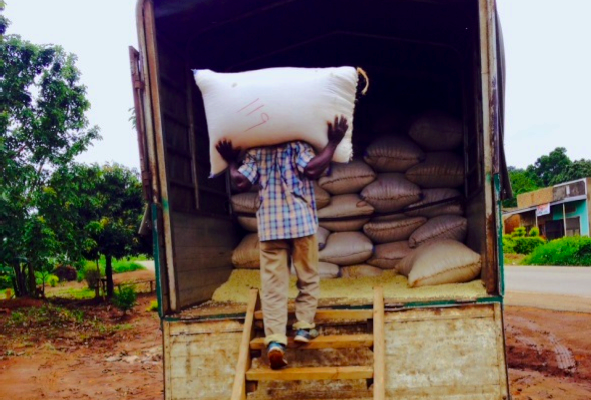 On Tuesday, November 9, CEGA hosted Craig McIntosh, Professor of Economics at University of California, San Diego and co-director of the Agricultural Technology Adoption Initiative (ATAI), to share evidence from one of the largest market information experiments ever conducted. Jenna Fahle, CEGA Agriculture Program Manager, shares takeaways from the research, which evaluated the impacts of a digital platform on agricultural trade in Uganda. You can watch the webinar here.

Mobile-based technologies can deliver new services that could transform smallholder agriculture and improve people’s welfare. Mobile marketplaces have received particular policy attention because they enable farmers, traders, and buyers to exchange information and payments over longer distances for less cost, facilitating “market linkages.” These linkages are foundational to well-functioning food markets and ensure food is directed to locations where it is most needed.

Computer scientists at Makerere University, in partnership with Microsoft Research, developed one such service, Kudu, to facilitate trade and improve the profits of smallholder farmers in Uganda with limited crop marketing opportunities. Kudu functions like an auction-style digital clearinghouse designed to match buyers and sellers of agricultural commodities. Can a digital platform like Kudu benefit smallholder farmer producers, by helping them sell their goods at better prices, and help consumers by improving the efficiency of food trade? What happens to prices when such a platform operates at scale?

Researchers Craig McIntosh and Lauren Falcao Berquist (University of Michigan) conducted the first ever randomized evaluation of a digital agricultural market match platform. To understand whether Kudu could improve market integration and benefit farmers, platform rollout was randomized across 110 sub-counties in northeast, west, and central Uganda, covering approximately 12% of the surface area of the country. Most households in the study area grow and consume maize as their primary crop, and sell at their nearby market to traders who resell to larger buyers. Data collection was organized by Innovations for Poverty Action (IPA) Uganda to measure platform impacts on trade and market integration, intermediary profits and trading behavior, and farmer revenue and welfare impacts.

Here’s what the research uncovered:

Kudu facilitated trade, successfully directing traders to areas with willing sellers. Researchers find that the platform increases the probability of a trade, the number of traders, and the volume of crops traded between participating sub-counties.

After introduction to the Kudu platform, markets in nearby geographies see their maize prices converge, whereas areas without access to Kudu have higher price gaps. These price gaps, which are generally larger than transport costs in Ugandan markets, reflect poor market integration and create opportunities for traders to profit by buying where prices are low and selling where they are high (arbitrage). When prices converge, farmers overall accrue benefits; however, benefits do not accrue equally among farmers. McIntosh commented that “this is a story of small benefits being realized by a large number of people.”

While both traders and farmers were provided equal access to Kudu, traders were the main users, not farmers. Of the farmers provided access, only 26% posted bids, and a mere 2% successfully made trades. Farmers most likely to take advantage of the platform were large-scale producers.

The benefits of the platform arose not from controlling trader market power, but from convergence (market-scale convergences in prices, and increases in prices in maize surplus areas). While the platform had the expected effect of constraining trader profits, this wasn’t due to an overall increase in the gains to trade to farmers but rather because traders made smaller margins on a higher volume of trade as overall price gaps across markets decreased.

While benefits to individual farmers are small, Kudu is relatively low-cost and generates benefits at large scale. Researchers are exploring questions around how much farmers can gain from a platform mainly used by traders. Their simple cost-benefit calculation finds that Kudu is a cost-effective strategy given the platform can operate inexpensively at scale, providing indirect benefits to most farmers (via increased trade and price convergence), and larger direct benefits to a few, large-scale farmers.

The study did not succeed in finding a way to monetize the cost of operating the Kudu platform so as to make it financially sustainable and a major policy question moving forward is how to achieve this. Given that the premise of the platform is making markets move more quickly and efficiently, capturing commissions from within trades proved difficult. Promising commercial models would include subscription fees for access to Kudu or the price information generated by Kudu. The results of the study further suggest that the public good dimension of market efficiency could justify public investment in pushing these trading platforms to national scale. 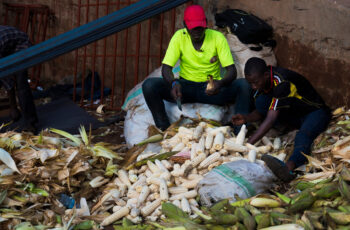