Paul Gertler is the Li Ka Shing Professor of Economics at the University of California Berkeley where he holds appointments in the Haas School of Business and the School of Public Health. He is also the Director of UC Berkeley’s Graduate Program in Health Management and Scientific Director of the UC Center for Effective Global Action. He received his PhD in Economics from the University of Wisconsin in 1985 and prior to UC Berkeley has held academic appointments at Harvard, RAND, and SUNY Stony Brook. Dr. Gertler is an internationally recognized expert in impact evaluation. Dr. Gertler was Chief Economist of the Human Development Network of the World Bank from 2004-2007 and the Founding Chair of the Board of Directors of the International Initiative for Impact Evaluation (3ie) from 2009-2012. At the World Bank he led an effort to institutionalize and scale up impact evaluation for learning what works in human development. At Berkley he teaches courses in applied impact evaluation at both the graduate and undergrad levels as well as in an executive education program for policy makers. He is the author of the bestselling textbook Applied Impact Evaluation published by the The World Bank Press. He has been a Principal Investigator on a large number of at-scale multi-site impact evaluations including Mexico’s CCT program, PROGRESA/OPORTUNIDADES, and Rwanda’s Health Care Pay-for-Performance scheme. He has published results from impact evaluations extensively in both scientific and policy journals on early childhood development, education, fertility and contraceptive use, health, HIV-AIDS, energy and climate change, housing, job training, poverty alleviation, labor markets, and water and sanitation. He was awarded the Kenneth Arrow Award for best paper in health economics in 1996. He holds a PhD in economics from the University of Wisconsin. 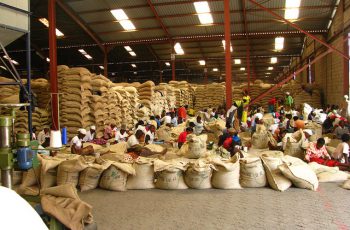 E-warehousing for Smallholder Farmers in Kenya