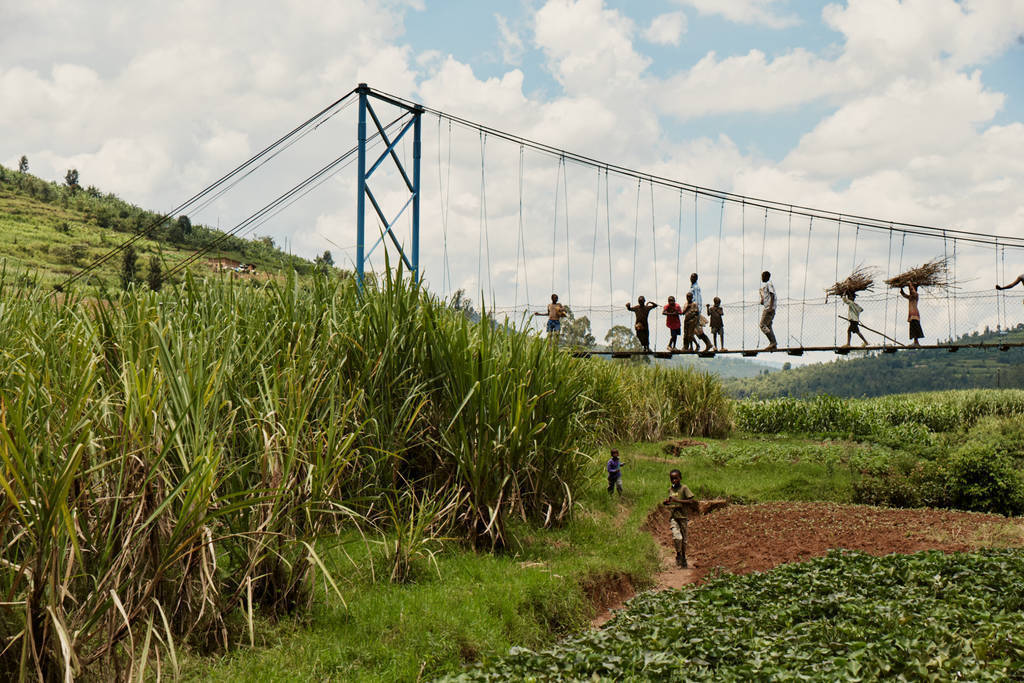 Many farming households in low- and middle-income countries live in areas where agricultural productivity is particularly low, and accessing markets to sell crops can be challenging due to having to traverse difficult geography, like wide ravines and rivers. In partnership with Bridges to Prosperity, the researchers are conducting a randomized evaluation across 23 districts in Rwanda to determine the impact of building footbridges on wages and agricultural technology adoption and production.

Many households that rely on both wage labor and agricultural income in low- and middle-income countries live in rural areas where accessing markets can be difficult and agricultural productivity is particularly low. Poor infrastructure, such as substandard or missing roads and bridges, is one factor that can inhibit rural individuals from easily accessing local markets to sell goods, or from holding stable employment in neighboring villages or the village center. To address this, governments and international organizations have spent billions of dollars on infrastructure improvements to integrate rural markets. However, there is little rigorous evidence on whether these types of public investment programs benefit rural populations because placement is often politically motivated . If integrating markets through infrastructure improvements has the potential to improve agricultural productivity by providing the opportunity for households to invest more in their farms, can building footbridges to access markets impact the use of agricultural inputs and increase production?

Context of the Evaluation:
As of 2019, about 83 percent of the population in Rwanda lived in rural areas , but only 53 percent of men and 72 percent of women reportedly worked in agriculture. Many rural households rely on a combination of wage labor and agricultural production for their income in Rwanda, but their villages’ proximity to ravines and rivers isolates them from the type of markets that provide opportunities to engage in wage-earning employment, sell crops, or access schools and health clinics.

Researchers are working with Bridges to Prosperity, a nonprofit organization that partners with local governments to connect communities through public infrastructure projects. Specifically, Bridges to Prosperity leads approximately eight week-long projects to build suspended and suspension footbridges for about US$60,000, in order to increase economic opportunities for rural households by increasing farmers’ ability to sell their crops at markets and access agricultural inputs, like fertilizer or seeds, as well as non-agricultural jobs . The build sites selected for this study span all regions of Rwanda, except the relatively flat Eastern Province where bridges are unlikely to provide any benefit .

In partnership with Bridges to Prosperity, the researchers are conducting a randomized evaluation to determine the impact of building footbridges on wages and agricultural outcomes . Researchers identified 229 build sites across 23 of 30 Rwandan districts in need of a bridge in coordination with the Rwandan government. Bridge construction will be randomly rolled out between 2021-2025, and researchers will assess outcomes from villages that received bridges sooner relative to those who did not have a bridge built until later in the study.

The researchers will interview 35 households within each village that received a bridge, 35 households in the closest village with a market, and 35 households in a neighboring village on the other side of a ravine or stream separating them from the market in order to assess broader effects on the markets for wage labor and agricultural projects. Researchers will collect data on households’ labor market participation and agricultural input and output decisions, as well as information on consumption, debt, and education and health. In addition to surveying households, the researchers will also collect input and crop prices, bridge use data, and market-level surveys to determine the bridges’ community-level effects. 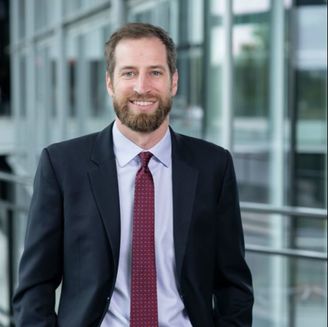 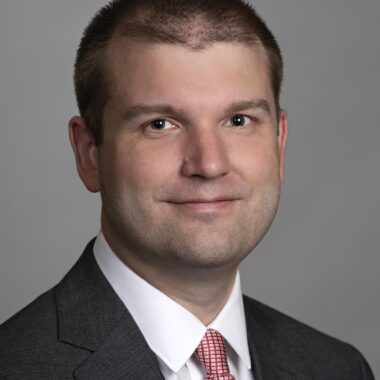