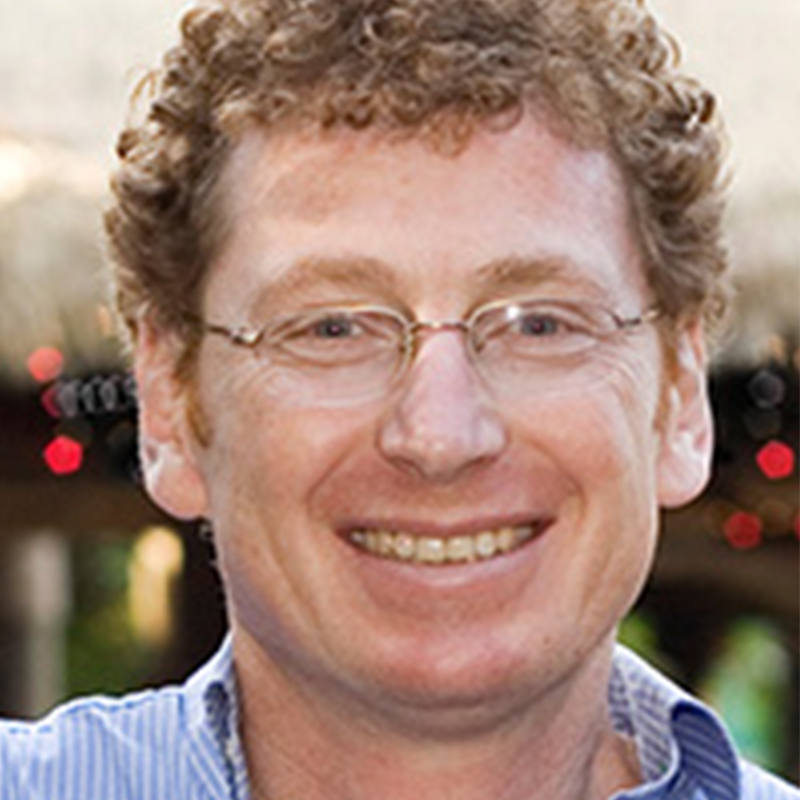 Professor of Economics at University of California, San Diego 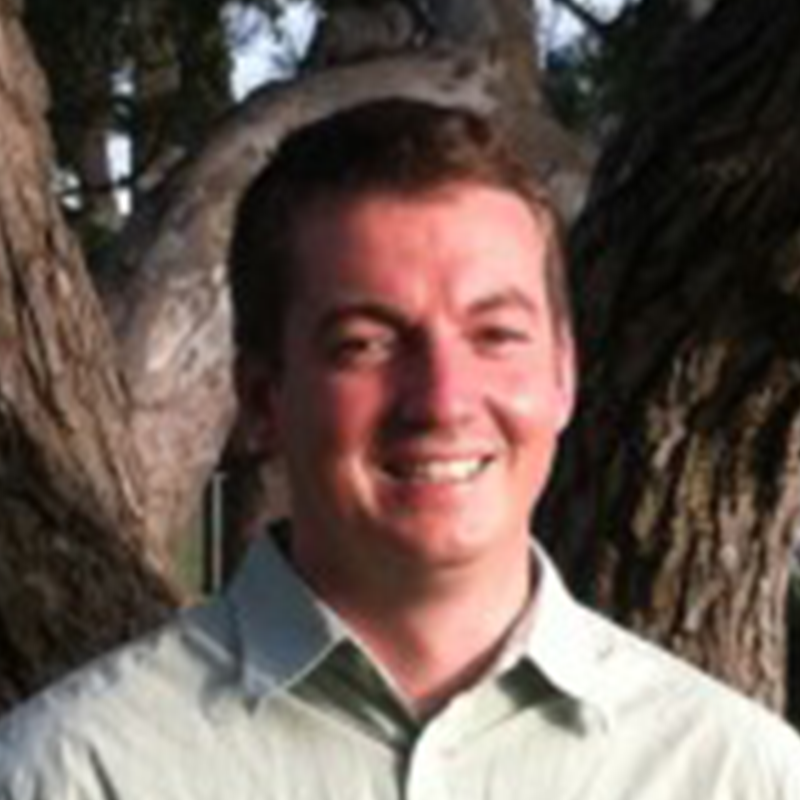 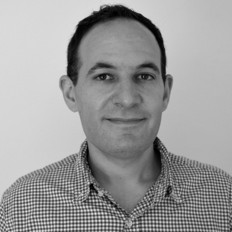 Assistant Professor in Economics at the University of California, Davis 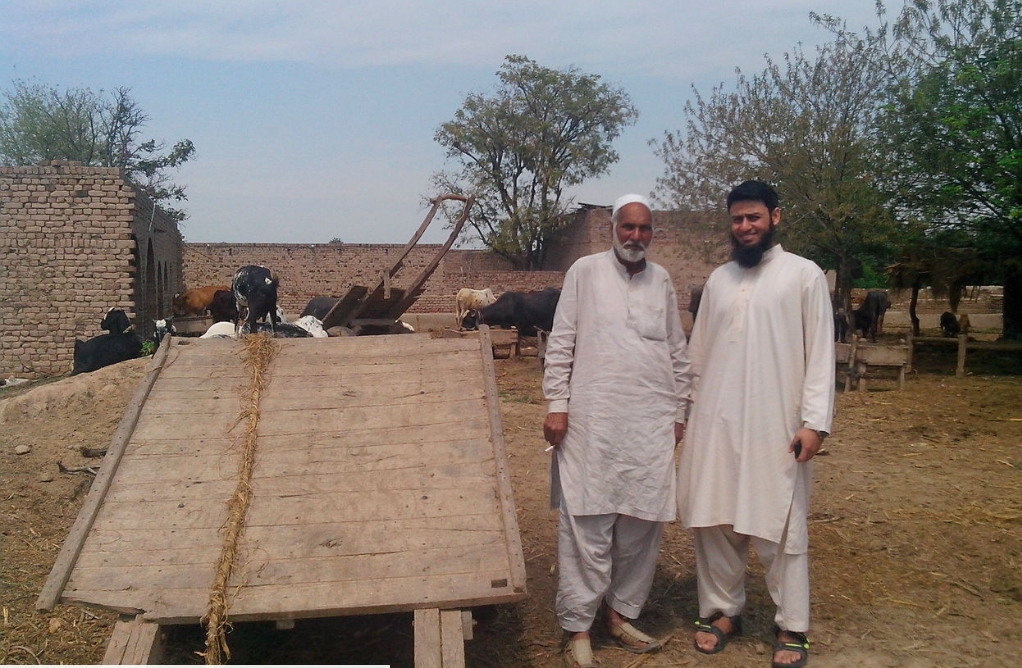 Despite the economic importance of livestock and the potential of technologies, such as artificial insemination and inoculation services, to improve the health and quality of animals and increase profit for farmers, take up of these services remains low. In this evaluation, researchers evaluate the impacts of a mobile-based system that delivers information on artificial insemination and inoculation services to farmers on various outcomes, such as changes in service demand and cattle health.

Information gaps on service quality often exist between service providers and buyers. Individuals looking to procure high-skilled services may not be able to assess the provider’s abilities or how hard the service provider works. In the absence of information about service providers’ quality, buyers may receive low quality services or may choose not to seek out service at all. Livestock and veterinarian services are one example of this challenge.

In developing countries, livestock production is a key growth sector among the rural poor. Most households only keep female cows because of the dual advantage of producing milk and calves, both of which requires cows to be pregnant. Farmers use artificial insemination (AI) to renew their female herds, but farmers commonly lack information on the best veterinarians in their region. As a result, AI success rates are lower than what is possible given the available technology, costing farmers potential income in calves and milk, and veterinarians a possible share of this income. Does providing farmers with information on veterinarians’ success at AI service provision increase the number of successful inseminations and, therefore, agricultural income?

In Pakistan, livestock production accounts for 12 percent of the GDP. This evaluation took place in the Sahiwal district of Punjab province, which has a vibrant market for artificial insemination since almost all livestock in the district are female. Farmers can obtain artificial insemination services from both trained government providers or self-employed private providers, who often are not formally trained. The government is the largest single supplier in Sahiwal, while private veterinarians collectively provide approximately 57 percent of AI services across Sahiwal.

Prior to the start of the evaluation, AI success rates averaged approximately 70 percent, while success rates of 85-90 percent were possible with the training and equipment available in Sahiwal. This suggests that the providers used by farmers were under-performing, either in terms of effort or skill. If farmers are unable to discern veterinarian quality they may either 1) take the chance of selecting a bad provider, leading to wasted money or lower milk production, or 2) decide not to use AI since they are not sure if it will be successful. 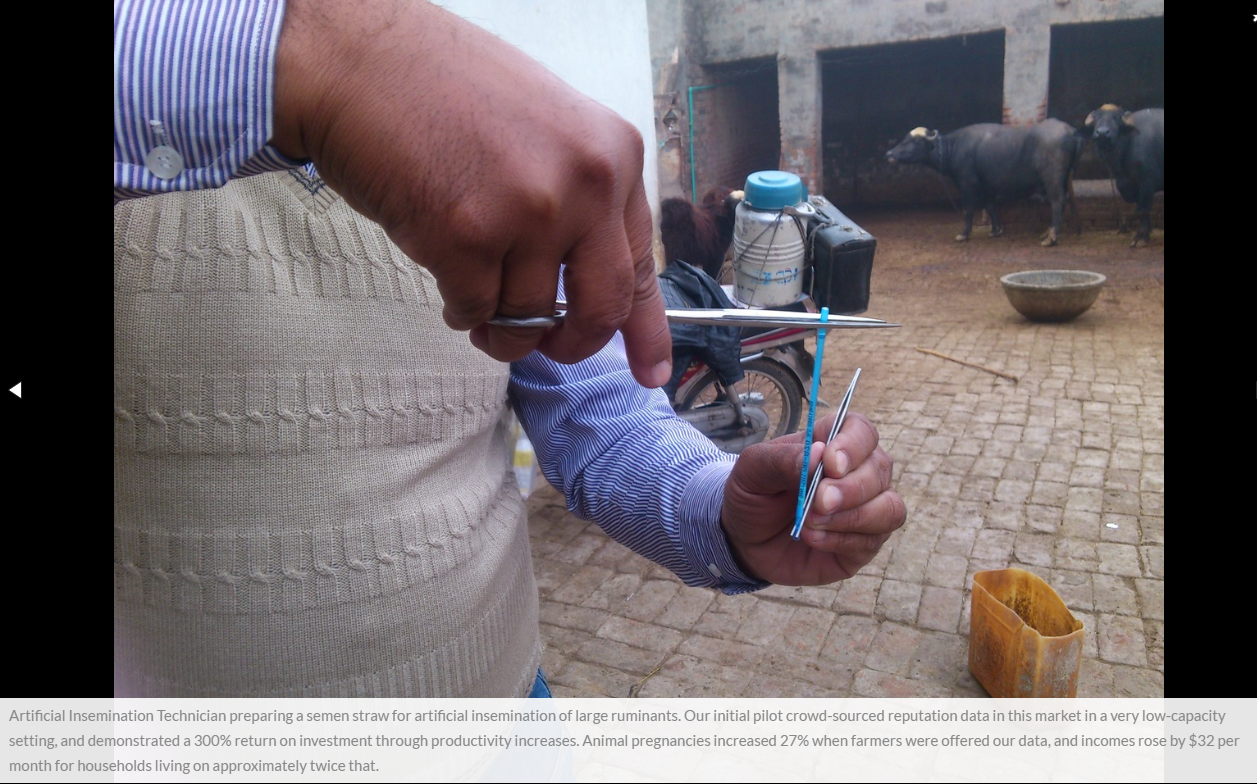 In partnership with the Punjab Livestock & Dairy Development Department, researchers evaluated the effects of a mobile-based clearinghouse that delivers information on the quality of AI and inoculation services.

Researchers introduced a cell-phone-based information clearinghouse for farmers to send and receive information on the quality of AI and inoculation services in a district in Punjab. To build this database, veterinarians received a smartphone to collect real time information on AI services they provided and sent the data to the clearinghouse. After receiving the information, call center representatives called the farmer twice: first a day later to confirm the service took place and ask for the price charged; then sixty days later to ask if the insemination was successful. This way, the clearinghouse collected and aggregated price and success rate data for each veterinarian, from January to July 2014. 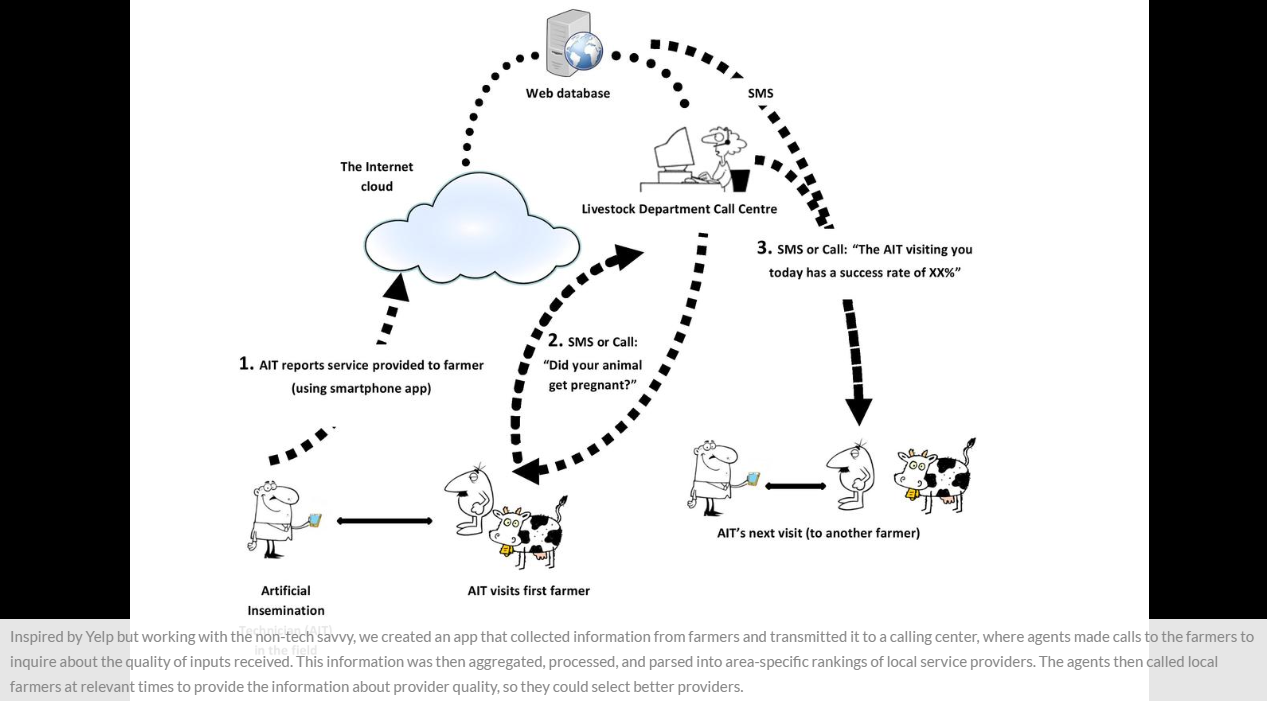 How the crowd-sourcing app collects and disseminates information

Researchers then conducted in-person and phone surveys to evaluate the impact of this information provision on farmer’s choice of veterinary technician; prices paid for services; and AI success, a factor usually dependent on the veterinary’s effort and competence.

The provision of information through the clearinghouse boosted farmers’ negotiating power with veterinarians, leading to more successful inseminations (greater effort from veterinarians) at lower prices.

Treatment success: The rate of successful inseminations increased. Farmers saw a 17 percentage points (27 percent) increase in AI success rates on average after receiving information, from a base rate of 62.3 percent. These higher rates were consistent for all farmers over the 8-month duration of the clearinghouse, suggesting that most farmers did not share the information they received with their peers.

Cost-effectiveness: The program produced a substantial expected gain in income for farmers, and proved cost-effective. The 27 percent increase in AI success rates is estimated to lead to three percent more calves born per year per farmer, earning farmers an additional PKR 3,225 (USD 31 in 2014) per year or nearly half of one month’s median income in Pakistan. The information clearinghouse intervention costs approximately USD 50,000 to reach over 6,000 farmers (treatment and comparison groups), a cost of USD 8 per farmer. This suggests a 300 percent return on program costs.

Overall, these results illustrate the importance of distinguishing between different forms of low-information environments. In this case, the impacts of the program may have been different if veterinary technicians were not willing or able to improve their effort. In a different context, an information intervention could backfire if there is no ability for public servants to improve quality; program funds may be better spent on alternative approaches like improved training.

The working paper and a blog post with a discussion of these results is provided at right.

Researchers discuss their work and follow-up activities further at OpenIDEO.

Watch a less-than 15 minute video providing a recap of the research results, below: