Evidence suggests that farmers may be more likely to buy fertilizer right after the harvest than at the beginning of planting season, when fertilizer is used. There are at least two possible explanations for this: farmers may lack credit access during planting season, or it may be that they are more willing to pay for fertilizer right after the harvest. In Mali, researchers are working with Innovations for Poverty Action, Soro Yiriwaso (a microfinance institution), and UNRIA (the national network of agriculture input dealers), to evaluate the relative importance of these two factors in farmers’ fertilizer-purchasing decisions.

In many parts of sub-Saharan Africa, few farmers use inputs that increase farm productivity, and many farmers use too little. Evidence suggests that timing affects farmers’ demand for fertilizer. Specifically, programs that offer farmers the chance to buy vouchers for fertilizer early, which is then delivered for free during the planting season, can increase use: in previous studies in Kenya and Burkina Faso, farmers offered this option were more likely to buy fertilizer than those who were offered the chance to buy it during the planting season itself.

The vouchers acted as a mechanism to commit farmers to buying fertilizer in the future, based on their demand for it in the present. While it is clear that timing matters, less is known about why. This project aims to disentangle two possible explanations. Farmers may simply not have the money or access to loans during the planting season to buy fertilizer. Or, farmers may be able to afford fertilizer, but have more willingness to pay for it or ability to obtain it at certain times than at others.

This study takes place among rural households in the Sissako region of southern Mali. In this region, dealers of agricultural inputs such as fertilizer, credit providers, and farmers are often unable to connect and coordinate their activities at the times when farmers need to be able to access loans in order to be able to purchase fertilizer. As a result, it is difficult to determine whether farmers’ lack of fertilizer adoption is due to a lack of credit access, or because they prefer to pay for it at times other than the beginning of planting season.

In addition to Innovations for Poverty Action, researchers are working with two local partners. Soro Yiriwaso is a microfinance institutional that engages in agricultural lending. It has operated in Mali for over 15 years and has a strong presence in the South and West, where this evaluation takes place. The National Union of Agro Input Dealers (UNRIA) seeks to promote the supply of domestic market inputs. UNRIA is the primary national association that provides access to inputs—including fertilizer, improved seeds, pesticides, and equipment—for small scale famers and plays an active role in agricultural policy.

Researchers are working with IPA to evaluate how the design and timing of commitment mechanisms, as well as access to credit, affects farmers’ decisions to buy fertilizer. To compare the impact of improved access to inputs and credit, researchers will randomly assign 140 villages to one of seven groups, comprising 20 villages each. These groups vary by the timing of agricultural input fairs and by the up-front payment required to take up credit.

Of these six groups, farmers in three will be offered credit by Soro Yiriwaso while at the input fair while the other three groups will not. These financial products aim to encourage fertilizer purchases and require some up-front payment, which acts as a commitment mechanism. Some farmers are asked to make a 5 percent deposit on their purchase, a “soft” commitment mechanism, and other farmers are asked to make a 50 percent deposit, a “hard” commitment mechanism. Farmers must start repaying the remaining balance on the loan after the fertilizer is delivered. If farmers renege on their purchase, the deposit is given to the agro-dealer who sold the fertilizer.

The full breakdown is as follows:

Groups receiving access to credit at input fairs, where farmers will have the deposit made to the dealers by Soro Yiriwaso:

Groups not receiving access to credit, where farmers will pay dealers the deposit directly: 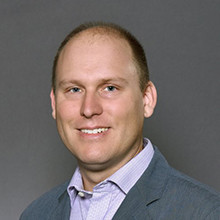