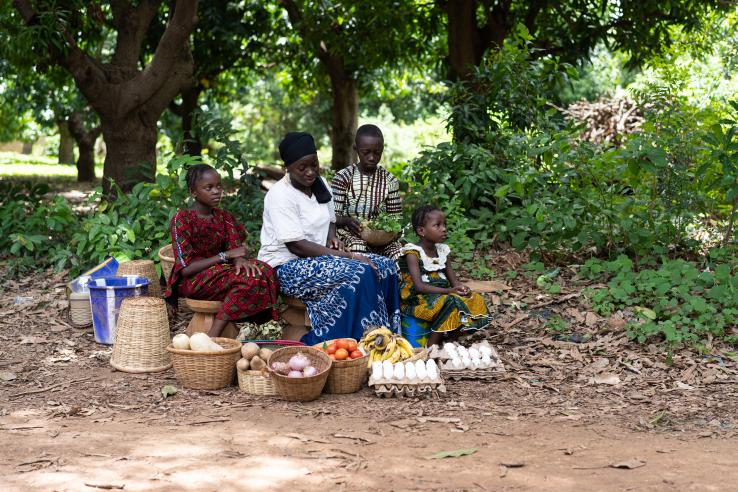 This Earth Day marks an important opportunity to examine the immediate and looming effects of climate change, as well as potential solutions.

The effects of climate change will worsen over the next thirty years and will disproportionately impact the world’s poorest people. While climate change threatens many areas essential to life, the IPCC’s recently released Impacts, Adaptation, and Vulnerability report finds that food systems, food security, and nutrition are particularly vulnerable through increased pressure on food production.

Evidence-informed adaptation strategies are urgently needed to address this challenge, which is a growing area of focus for J-PAL’s King Climate Action Initiative (K-CAI). With generous support from King Philanthropies, K-CAI generates evidence and works with decision-makers to scale high-impact solutions at the nexus of climate change and poverty alleviation.

Child malnutrition in the form of wasting and stunting, or when a child has low weight or height respectively, is prevalent in low- and middle-income countries—both causing and exacerbating poverty. This results in higher child mortality rates, harms cognitive development, and impairs education and economic productivity. While stunting has declined over the last two decades, wasting rates have remained persistent and almost half of all deaths in children under five years old are still caused by malnutrition.

Through increased frequency and severity of droughts, floods, and heatwaves and ongoing sea-level rise, food systems are threatened and food insecurity may increase—and children in low- and middle-income communities will have even less access to nutritious food. To prevent these risks, it’s critical to generate evidence and scale solutions that will secure food systems in the face of climate change.

There has been substantial research into intensifying agricultural productivity through high-yielding or biofortified crop varietals; high-efficiency inputs, such as fertilizers and pesticides; and less labor-intensive agricultural practices. However, a more recent focus is on the importance of feeding the growing world population in the face of climate change through strategies such as modified crops that can withstand climate disasters, resource sustainability, and the development of practices and technologies that can improve productivity while helping farmers adapt to climate change.

Researchers in the J-PAL network have evaluated the effectiveness of agricultural technologies and strategies to understand their real-world impacts on food security and yields through randomized evaluations.

One way to strengthen food systems is to help farmers cope with climate change-induced risks, such as extreme weather events. Adopting new technologies can be effective in helping farmers cope with more extreme weather, but research has shown that risk can be a barrier to farmers’ ability and decision to change their existing practices or adopt new technologies. Sustainable crop management techniques that have been rigorously evaluated include two ATAI-funded studies focused on pit planting in Malawi and building demi lunes in Niger, as well as planting trees to combat land clearing in Malawi. Overall, these studies found that providing incentives and information to farmers, or allowing farmers to self-select into the program, respectively, increased farmers’ adoption of these more sustainable farming practices.

Additionally, there has been a substantial body of research on inputs and financial tools, like weather index insurance to protect farmers from the economic risks associated with extreme weather events. Research shows that weather index insurance protects farmers against losses, but low demand at market prices suggests that alternative approaches are still needed. Stress tolerant crops are a promising way to help mitigate weather risk for farmers. In an evaluation of flood-tolerant seed varieties in India, researchers found that risk-reducing seeds had a clear advantage over traditional seeds during floods and there was no difference in yields between the seed varieties even in unflooded areas.

Although low- and middle-income countries are among those least responsible for climate change, their resources, such as water and land, are often the most threatened. Strategies for conservation and effective resource management can help small-scale farmers cope with these climate impacts.

Ongoing K-CAI and ATAI-funded research is evaluating the impacts of leveraging price incentives for voluntary groundwater conservation among small-scale farmers in Gujarat, India, and rehabilitating irrigation tanks in Telangana, India. ATAI has also funded an evaluation  focused on subsidizing experimentation with irrigation pumps among interested farmers in Kenya. Previous evaluations have tested strategies like disincentivizing crop burning in India and encouraging the adoption of rainwater harvesting tanks in Kenya. In this last example, researchers found that asset collateralized loans helped farmers purchase water tanks in order to harvest rainwater and better adapt to climate uncertainty. K-CAI is currently funding a scale-up project building on these results.

In the face of potentially diminishing yields, ensuring that the crops that are available are nutrient-dense is especially important. Staple crops, such as beans, maize, wheat, sweet potato, and rice, make up a large part of people’s diets. But traditional varietals of these crops lack critical nutrients humans need to grow and maintain healthy lives.

One means of addressing this is through biofortification, which is the process of making crops more nutritious. Scientists have been increasing the nutrients of crops and food for decades, and in many parts of the world, people have been eating micronutrient-fortified foods for years, including iodized salt, Vitamin D-enriched milk, and iron-enriched flour.

One of the main challenges to improving nutrition through biofortified crops is farmers’ and households’ decisions to grow and eat these more nutritious crop varieties. For example, in Ethiopia, ATAI-funded researchers evaluated the effect of encouraging families to grow and earmark a more nutritious maize variety for children’s consumption. They found that households improved grain storage and cooking practices, and children in those households ate more of the improved maize. However, there were no effects on markers of undernutrition, such as height-for-age and weight-for-age, six months after harvest. This suggests that the length of the program or amount of maize was not sufficient to observe changes in children’s nutrition, or there may have been impurities in the grain that reduced its efficacy.

Similarly, evaluations in India on fortified salt and wheat to reduce anemia have found that while uptake increased initially, it was not sustained and ultimately did not reduce anemia or impact the health of the populations studied in either evaluation. These results underscore the need for further research, particularly in the face of climate change.

Finally, an approach that is gaining more interest among policymakers is connecting small-scale farmers to agricultural services simultaneously, or “bundling,” to alleviate multiple constraints that farmers face when making investments to increase their productivity or mitigate the effects of climate change.

While there has been some research on bundling products together, including in Ghana, Malawi, and Ghana, the studies have not shown consistent effects on farmers’ demand for services, welfare, or productivity, suggesting that more research is needed. Digital technologies or bundles may affect the sustainability of various steps in the value chain. This could be through systems such as:

More rigorous evidence on the effectiveness of climate adaptation policies on food security and nutrition is urgently needed. Earth Day is the time for us all to refocus our efforts.

Researchers need to focus on developing more evidence at the nexus of climate change, food security, and nutrition—particularly on adapting food systems to extreme weather, finding sustainable and local sources of nutritious food, and bundling services to help farmers overcome their productivity constraints. Simultaneously, policymakers need to prioritize evidence-informed decision-making and invest in further evidence generation to determine what approaches are most effective in real-world settings.

These topics are a growing area of focus for K-CAI. If you are interested in partnering with us to support evidence generation or scale policies proven to work in real-world settings within climate adaptation, food systems, and nutrition, please contact us at [email protected]. 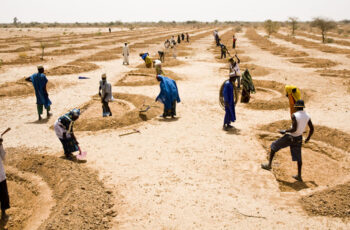 Information works: The impact of training on the adoption of environmental technologies by farmers 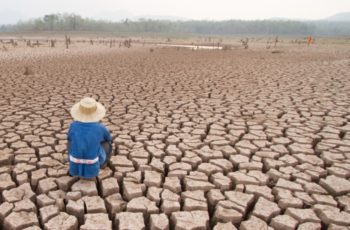