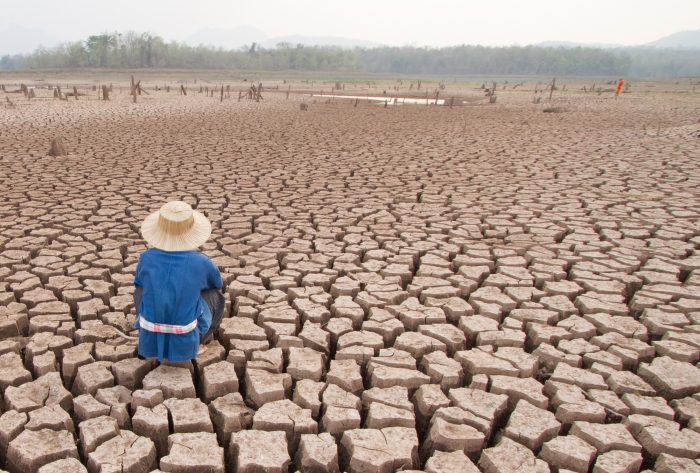 This evidence synthesis blog post was written by ATAI staff member Becca Toole and her J-PAL colleague Sarah Baum, originally published on the J-PAL website at this link.

Without adaptation—defined broadly as “preparing for and responding to the disruptive effects of climate change,” it is predicted that 500 million small farms around the world will experience severe impacts on agricultural yields, affecting their income, food security, and well-being.

A coalition of donors, aid institutions, and governments have answered the GCA’s call. In September it was announced that the coalition, which includes the Bill and Melinda Gates Foundation, the World Bank, and governments of the EU, Germany, Netherlands, Sweden, Switzerland, and the UK, pledged more than $790 million to research and development efforts through the Consortium of International Agricultural Research Centers (CGIAR).

A necessary complement to the development of improved techniques and technologies, such as through CGIAR, is ensuring these innovations are adopted by farmers in the field. Resilience to climate change must also include growth strategies that enable farmers to bounce back from weather and other shocks alongside these innovations that spur agricultural productivity.

At ATAI,  our network of J-PAL and CEGA affiliated researchers is generating insights into the most effective strategies for climate change resilience. By measuring the real-world impacts of programs through randomized evaluations, their research can guide policymakers in linking technology adoption to climate adaptation.

For decades, scientists have been developing improved seed varieties that produce higher yields or that better withstand weather stresses, such as droughts, floods and salinity, that will worsen with climate change. However, research shows that most smallholder farmers do not use improved seeds.

Why not? Farmers may not know how to grow them, if varieties require cultivation techniques that differ from traditional seeds. Or, adoption may be expensive if the seeds are higher priced or riskier than traditional alternatives.

ATAI affiliates have tested and continue to test strategies that provide farmers with information about how new agricultural technologies will perform locally and how to apply them, or provide them with subsidies to overcome the costs of adoption.

For example, ATAI-funded research in Sierra Leone, researchers are testing whether price subsidies and agricultural extension services can reduce the costs of early adoption of an improved seed variety; and whether using improved seed varieties ultimately lead to positive impacts. NERICA rice boasts higher yields than traditional varieties grown in Africa and withstands drought and disease better than other high-yielding varieties. But because of the harvest cycle, farmers must dry NERICA during the rainy season—a new practice for farmers. In this evaluation, the provision of the subsidy aims to reduce costs for early-adopters. The training scheme aims to provide information on how well the seed works in the community (through a demonstration plot) and on how to cope with some of the features specific to the new variety of rice.

In Ghana, ATAI researchers are evaluating a bundle of services embedded in a contract farming program to encourage adoption of improved soy and high-yielding maize seeds, including information provision, access to loans, access to equipment, and price guarantees for harvested crops. And in Tanzania and Mozambique, researchers are offering farmers a bundle of two technologies that protect smallholders from weather-based risk: drought-tolerant seeds and index insurance that pays out in the case of drought.

Some agricultural practices, such as those that maintain soil fertility or manage water resources, can maintain or improve yields while also helping farmers adapt to climate change.

However, these practices often require investments in labor or equipment by farmers, while the benefits accrue overtime. As a result, how new practices are introduced and their benefits and costs communicated is important.

They found that providing performance-based incentives to farmers to deliver extension services to their peers increased adoption rates. Beyond incentives, the selection of the messenger also mattered. Farmers were most convinced to adopt the new technologies when they shared a group identity with or faced similar agricultural conditions to the peer farmers who were training them on the new systems.

In Niger, ATAI researchers are testing strategies to increase construction of demi-lunes, mounds of soil in half-moon shapes that concentrate rainfall and reduce runoff to prevent soil erosion and minimize crop failure.

Farmers will receive basic training on rainwater harvesting techniques, including discussion of costs and benefits. Some farmers will additionally receive cash transfers (either conditional or unconditional) to offset the labor costs required and incentivize construction of demi-lunes.

Encouraging adoption of practices can be even more challenging when the environmental benefits accrue to society, rather than to any single farmer. Transitioning from crop burning to technology that removes stalks and stubble after harvest, for instance, reduces air pollution associated with burning. In the long-term, these practices may also increase soil quality. But, in the short term, switching to environmentally-friendly techniques can require substantive changes in farmer behavior.

While crop burning has contributed to record-breaking pollution in Delhi, for instance, farmers report having few affordable alternatives.  In India, ATAI researchers are offering farmers cash transfers conditional on not burning their fields, and facilitating access to equipment that manages crop residue.

Given that many smallholders have not adopted improved seed varieties or planting techniques to date, the results of these evaluations will help policymakers make investment decisions around providing subsidies to reduce costs, extension services to teach the unique cultivation techniques, or other support to encourage adoption.

Technology adoption alone is not adaptation. It is also important for policymakers to identify interventions that enable farmers to sustain these investments overtime. This could be jeopardized where smallholder farmers face shocks to their income.

Farmers already struggle to cope with seasonal fluctuations in income. Because farmers earn the majority of their income at harvest time, they may face food insecurity in the period between cash flows, or struggle to invest in their plots for the next planting season. As weather and precipitation become more unpredictable, farmers will experience greater challenges to coping with seasonality.

In Zambia, ATAI-funded research shows that access to seasonal credit, or “lean season loans,” in between harvests increased agricultural output and consumption, decreased off-farm labor, and increased local wages. This product generated greater benefits in a year with good rainfall than in a bad year. As a result, farmers may need additional support to overcome seasonal shocks.

Other interventions could support smallholders in coping with seasonal shocks by diversifying their income sources to include livelihood activities outside of agriculture.

In rural Nicaragua, J-PAL researchers tested the effect of a cash transfer and a productive intervention—either vocational training or a grant—to start a small non-agricultural business, looking at impact on agricultural households’ vulnerability to irregular weather patterns.

They found that providing households with vocational training or grants to generate non-agricultural income increased income and consumption, and improved protection from shocks beyond the end of the intervention. The effect of the grant was even higher with more intensive droughts.

To boost resilience, coping strategies in the face of weather shocks—to sustain smallholder incomes and investments in their plots—are necessary alongside interventions aimed at increasing the adoption of new technologies and techniques.

From technology adoption to adaptation:

To be immediately effective, strategies to support smallholder adaptation must address the ongoing challenges faced by smallholder farmers—designing interventions that reduce barriers to adopting innovative technologies and practices, as well as those that protect their livelihoods in the face of weather-based risk.

In collaboration with UC Berkeley’s Center for Effective Global Action, J-PAL funds new research through the Agricultural Technology Adoption Initiative (ATAI) to identify what helps and hinders farmers’ adoption of technologies and approaches.

These insights are necessary complements to investments in new technologies as the research community works with policymakers to identify, implement and scale interventions that effectively support smallholders in adapting to climate change. 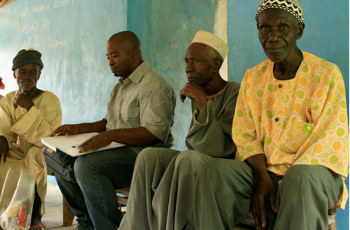 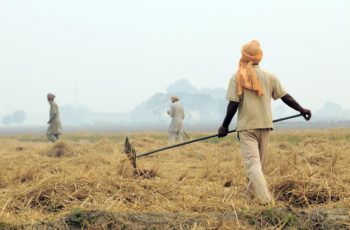 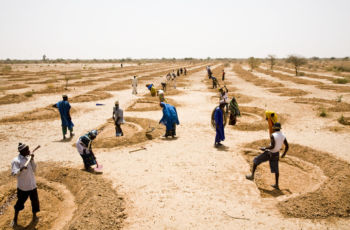 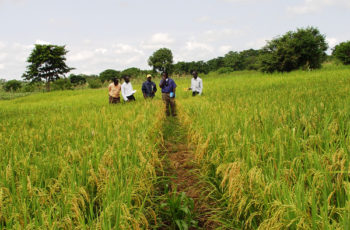 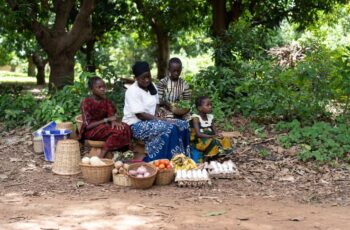 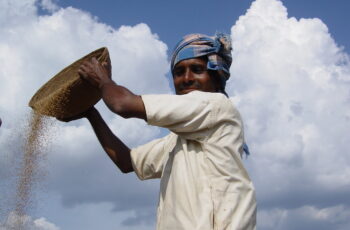