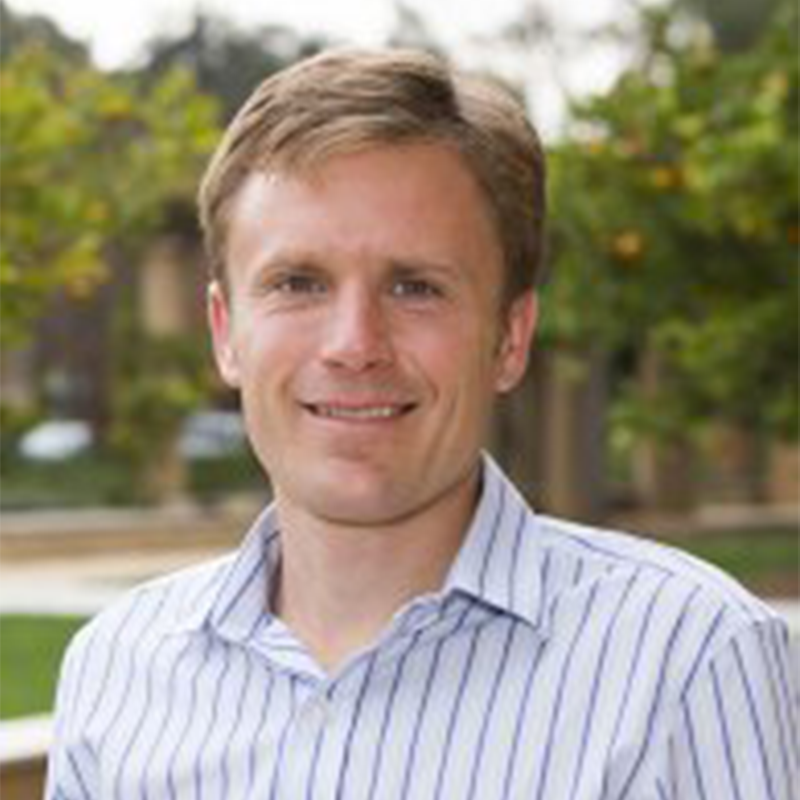 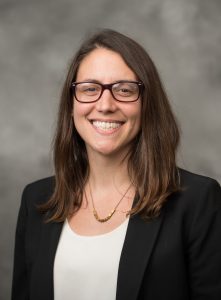 Assistant Professor in the Economics Department at the University of Michigan 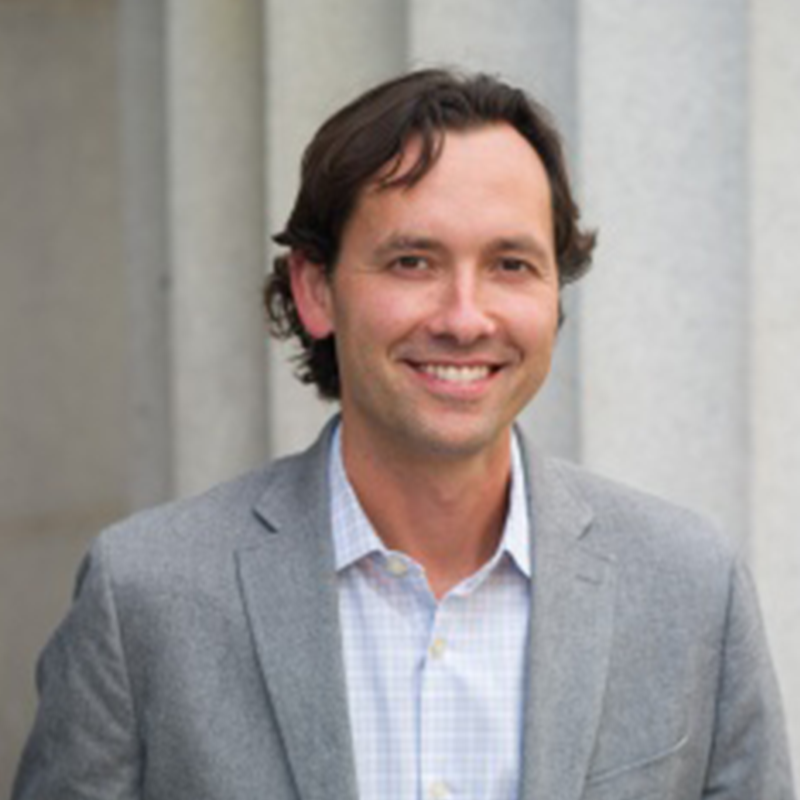 Oxfam Professor in Environmental and Resource Economics at the University of California, Berkeley 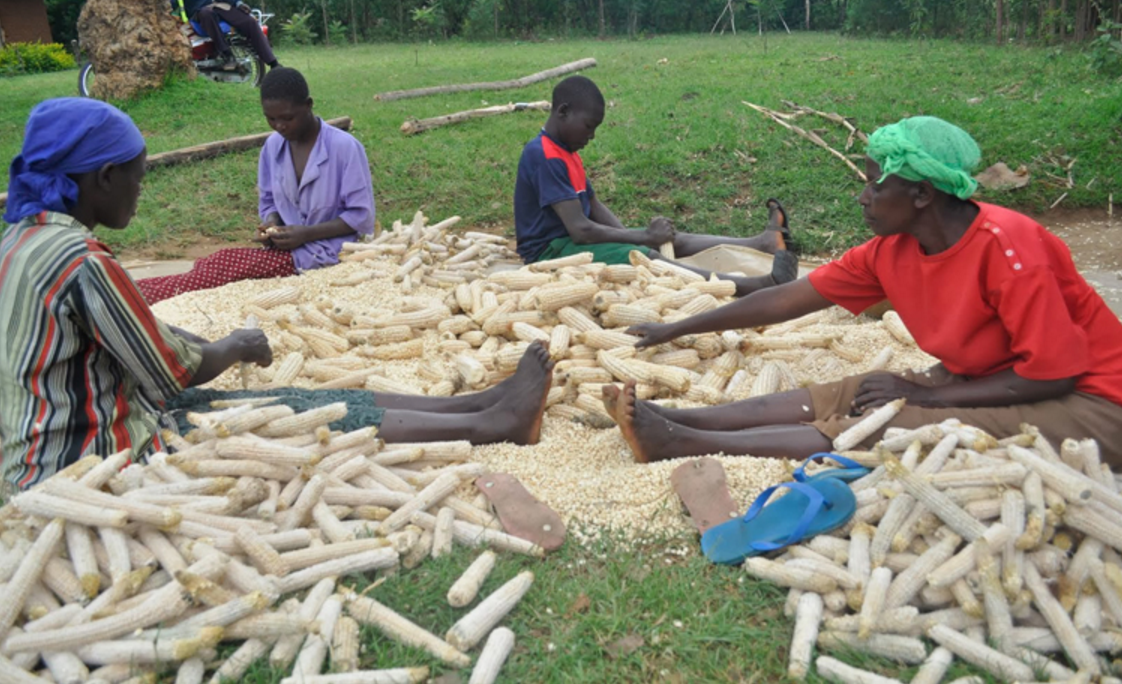 Seasonal fluctuations in crop prices can have direct impacts on farmers’ earnings and savings. Crop prices are often lowest right after harvest, increasing substantially in the months afterwards, but farmers are not always able to take advantage of these price changes. Researchers randomly evaluated whether well-timed access to credit would allow maize farmers in Kenya to make better use of storage and sell their output at higher prices. The loan offers allowed farmers to store more maize and earn higher revenues, with larger revenue impacts for farmers granted loans immediately following harvest and in areas where a smaller share of farmers was offered loans.

Seasonal fluctuations in crop prices can have direct impacts on farmers’ earnings and welfare. Crop prices are often lowest right after harvest when many farmers sell their products, increasing substantially in the months afterwards as few crops are left for sale. For example, in East Africa, over the six to eight months following harvest, maize prices can increase by 25-40 percent. However, farmers do not always take advantage of these price fluctuations. Even with opportunities to store crops, farmers often sell their maize at low prices immediately after harvest to obtain cash for urgent expenditures and bills, buying maize back later in the season at higher prices for consumption after exhausting their own harvests. One potential explanation for this is that farmers have poor access to credit or savings, with few opportunities to secure cash besides through crop sales. While there is evidence on the effect of relieving credit constraints for individuals and firms, less is known about farmers leveraging credit to take advantage of price fluctuations to increase their profitability and welfare. Can cash loans increase farmers’ ability to buy crops when prices are low and to store crops to sell when prices are higher, potentially boosting revenues?

Maize farmers in Webuye and Matete districts in Kenya have access to simple, cheap storage technologies to dry and store their maize in bags at home. Storage materials cost around 3 percent of the value of the crop at harvest time, and storage for up to nine months is associated with minimal crop losses. Despite the low cost of storage, the median farmer tends to sell all of their crops by about five months after harvest, long before prices peak.

Prior to this evaluation, farmers cited credit constraints as the primary reason for selling maize quickly. Nearly all of the farming households had school-aged children with school fees worth 37 percent of harvest income due soon after harvest, prompting many farmers to sell their crops to afford these and other bills. Few farmers had access to formal or informal credit, and available loans often carried prohibitively high interest rates. For example, only 8 percent of farmers in the study had taken a loan from a bank in the previous year and less than 25 percent had obtained loans from an informal source such as a moneylender, family member or friend, in the previous three months.

One Acre Fund (OAF), an agricultural NGO, served about 80,000 Kenyan farmers each year at the time of the study and served over 408,000 Kenyan farmers in 2019. OAF offered in-kind loans of fertilizer and seed to groups of 8-12 farmers, along with training on farming techniques.

In partnership with OAF and Innovations for Poverty Action, researchers evaluated whether well-timed access to credit could allow farmers to make better use of crop storage and sell their crops at higher prices over the course of two years. In the first year of the evaluation, researchers randomly assigned 240 groups of farmers (with about seven farmers per group for a total of 1,589 farmers) across seventeen village clusters (with each cluster representing four to five villages) into one of three groups to assess the impact of loan timing on the demand for loans and use of storage bags:

To qualify for the loan, farmers were required to commit maize as loan collateral, and used laminated tags with OAF’s logo to mark collateralized bags of maize stored in farmers’ homes. A bag of maize was valued at KSH 1,500 (US$18) for October loans and KSH 2,000 (US$24) for January loans, and farmers could place up to seven bags as collateral for the largest loan. Farmers paid a 10 percent interest rate on the loan, with full repayment after nine months. To test if offering the loans to more farmers would impact overall market prices by changing seasonal supply and demand patterns, researchers randomly offered loans to more farmers in some village clusters than others in both years. In nine clusters, 80 percent of farmers’ groups were offered loans. In eight, 40 percent were offered the loan.

In order to disentangle the reasons farmers might not use storage or take up loans, researchers randomized a subset of participants to receive one of two additional products: a lockbox or OAF tags. Following the random variation in loan timing, a subset of farmers within each group was randomly selected to receive a simple cash lockbox to promote savings, which could be particularly useful to loan recipients if their loan was delivered before it was needed. Researchers also randomly selected a subset of farmers within the group not receiving a loan or a lockbox to receive laminated tags to test whether the tag alone allowed farmers to credibly claim to friends and family that they could not give away their stored maize, especially in a context in which local norms promote sharing of surplus maize.

In the second year of the evaluation, the same seventeen village clusters participated with the same percentage of farmers’ groups that were offered loans. However, researchers re-randomized farmers into the loan program, such that 85 groups (522 farmers) were assigned to be offered a loan to be disbursed in November 2013, and 86 groups (497 farmers) were assigned to the comparison group. The cash lockbox and the tag were no longer offered as standalone items to farmers. A collateralized bag of maize was valued at KSH 2,500 (US$30), and farmers were limited to placing up to five bags as collateral. Ultimately, of the 1,019 farmers participating in the second year, 602 also participated in the first year.

In addition to being surveyed before receiving the loan, farmers were asked to complete three surveys within nine to twelve months after loan disbursal and one survey one to two years after loan repayment. Farmers provided information on their maize inventories and storage practices, household expenditures, credit and savings behavior, and revenues by season.

The loan offers allowed farmers to store more maize and earn higher revenues, with larger impacts for farmers granted loans immediately following harvest and for those in villages where a smaller share of farmers was offered the loans. This suggests that the timing of loans may affect how it is used and that widespread offers of credit can change the distribution of benefits by impacting market prices.

Loan take-up: Take-up of the loans was high. Of the individuals offered October loans, 333 (71 percent) applied and qualified for the loan. Among farmers offered the three months post-harvest loan in the first year or the loan in the second year, 284 farmers (59 percent) and 324 farmers (62 percent) qualified for and took up the loan respectively.  Farmers who took out a loan borrowed on average KSH 7,533 (US$89) in the first year or KSH 10,548 (US$124) in the second year, representing about 43 percent of the value of the harvest at harvest time prices.

Maize inventories: In both years, farmers offered loans held more maize in storage. Relative to the comparison group, they had an average of 0.56 more 90 kg-bags of maize in storage (a 26 percent increase). Receiving a lockbox alone did not impact maize storage, but for farmers that were also offered loans, receiving a lockbox increased the quantity of maize stored. Farmers receiving only the laminated OAF tag did not change their storage behavior, suggesting that nudges to store maize may be insufficient without relaxing credit constraints.

Net revenues: Farmers offered loans earned lower revenues immediately after the harvest but substantially higher revenues later in the year, suggesting farmers refrained from selling at low prices during the immediate postharvest period and waited until prices were higher. Annual net revenues across both years were KSH 1,573 (US$18) higher among farmers offered loans relative to those who were not offered loans, representing a 29 percent return. Despite increasing revenues, farmers’ household consumption did not change in either year, and there was no measurable long-term effect on the timing of maize sales or a variety of household-level outcomes like educational expenditure or consumption one to two years later.

The positive effect on net revenues was driven by farmers offered loans either in October or November, while farmers offered loans in January experienced no change in revenue relative to the comparison group. The January loan may have been less effective because it came too late to be as useful: farmers in this group may have been forced to sell some of their maize in the immediate postharvest period when prices were low while waiting for their loan to arrive, leaving them with less to sell when prices rose.

Read more from the research publication: